Luke Bear Brown is a recording and performing artist who’s material varies from folk to rock and dance and hip/hop.

The cd was recorded partly in California and in the UK and the songs reflect an acerbic evaluation of the trappings of fame and fortune surrounding tinsel town. The music has been compared to the likes of U2,Beck and Maroon 5. It has had airplay both on radio stations in the UK and in the USA.

Luke performs regularly and his acoustic shows highlight his versatility for displaying his own work under a different light as well as his range of cover songs.

Luke is currently working on a new acoustic project with a working title “Songs from Salinas” which is due in 2015. 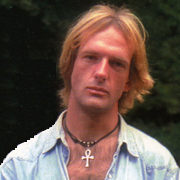